Speciation Artisan Ales we take an evolutionary approach to brewing by using wild yeast and microbes to experiment with the possibilities of craft beer. The results are delicious, high-quality and ever-changing beers that reflect nature’s creativity and diversity.

Speciation Artisan Ales is founded by husband & wife team, Mitch and Whitney Ermatinger. Speciation will be a mixed-culture fermentation brewery specializing in small batch wild ales that have been refermented in their serving vessel. We intend to provide high-quality, complex sour and wild beers to West Michigan. Our beer styles will be roughly split into three categories: Brettanomyces focused beers, Sour beers, and Spontaneous beers.

Mitch currently brews at Denver-based microbrewery Former Future Brewing Company and has had the privilege to develop his knowledge about the wild side working under James Howat at Black Project Spontaneous and Wild Ales. Black Project won bronze medals at the GABF for wild beer in 2014 and 2015, and was rated as world class by BeerAdvocate Magazine. Mitch started his career in beer at O’Connor’s Home Brew Supply in Grand Rapids, MI.

Posted in Bars and Breweries 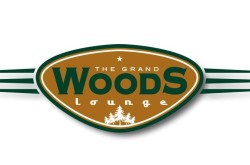 Bud & Stanley’s – Welcome to Bud & Stanley’s Pub and Grub! We love our customers and our continued success is due to our commitment to provide… Read more…